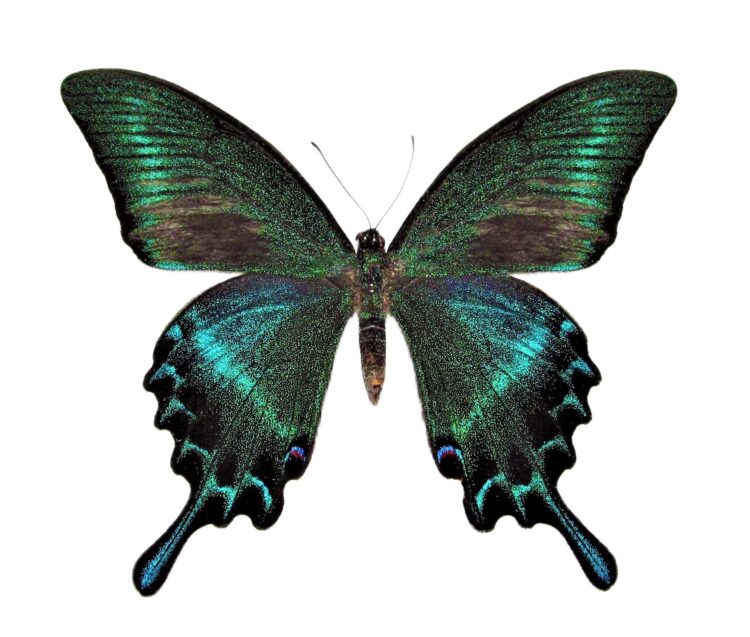 Also known as the alpine black swallowtail, Papilio maacki is found in China, Japan, and South Korea. This species has two forms that look very different from one another depending on the time of year in which they hatch. The spring form is more greenish-blue while the summer form is considerably larger and predominately blueish-green.