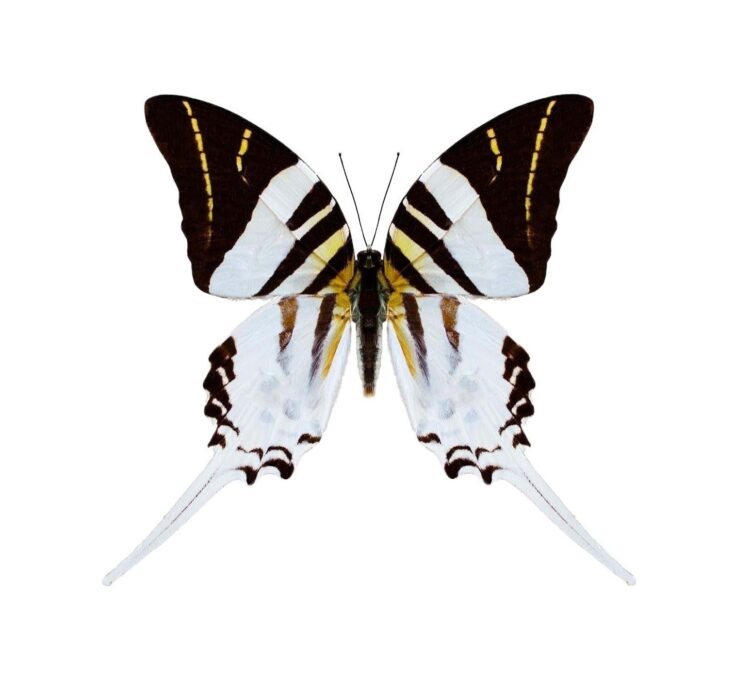 Also known as the “giant swordtail butterfly” from Indonesia, Graphium androcles has the longest tails of any swallowtail species.