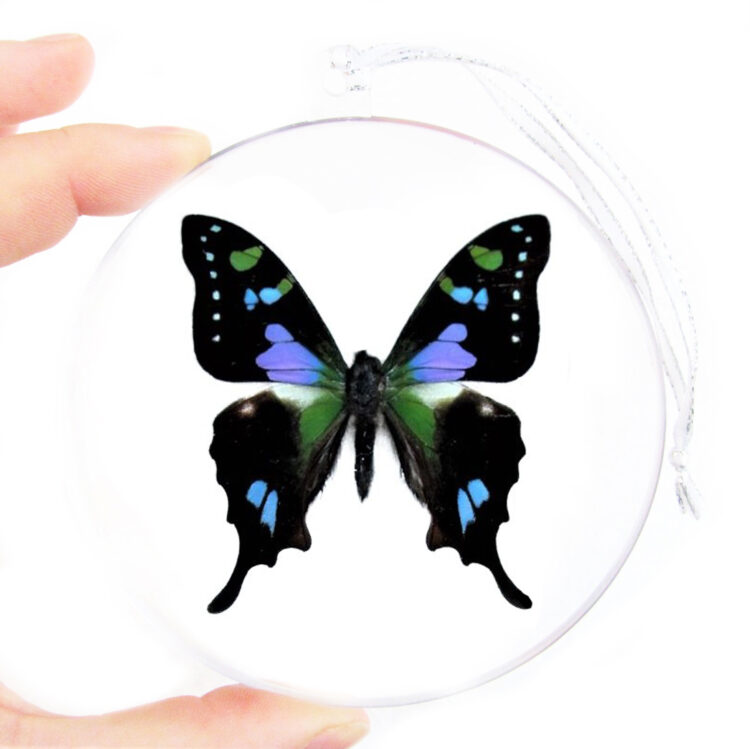 This piece makes the perfect gift for any butterfly-lover! A great addition to the Christmas tree or for year-long display around the house!

The ornament is made of acrylic and is shatterproof. The butterfly specimen is pinned into a small piece of cork in the back so it appears to be floating inside.