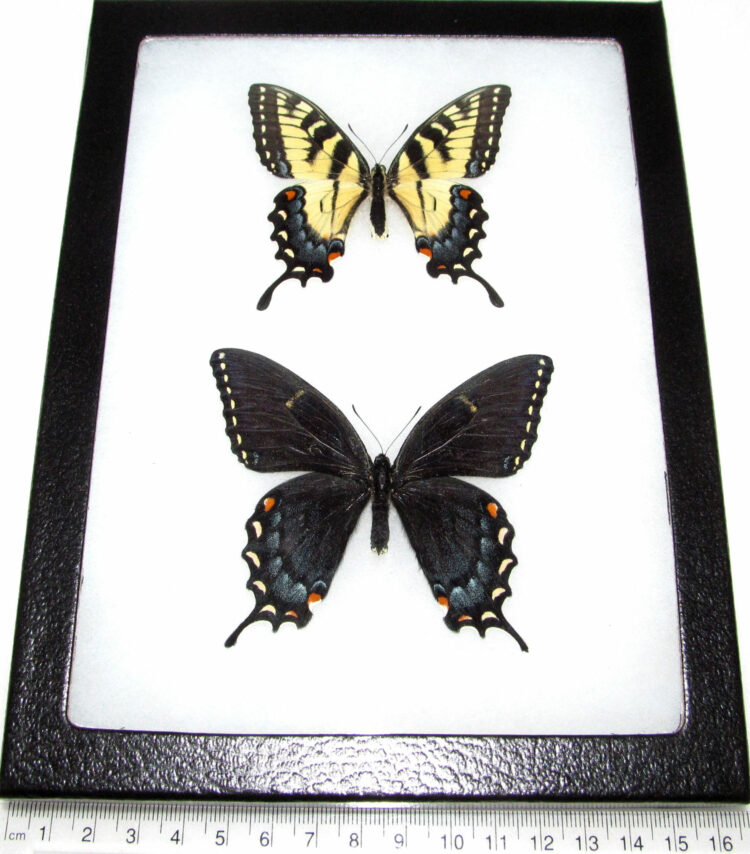 The specimen will come framed. See ruler in photo for approximate size in centimeters.