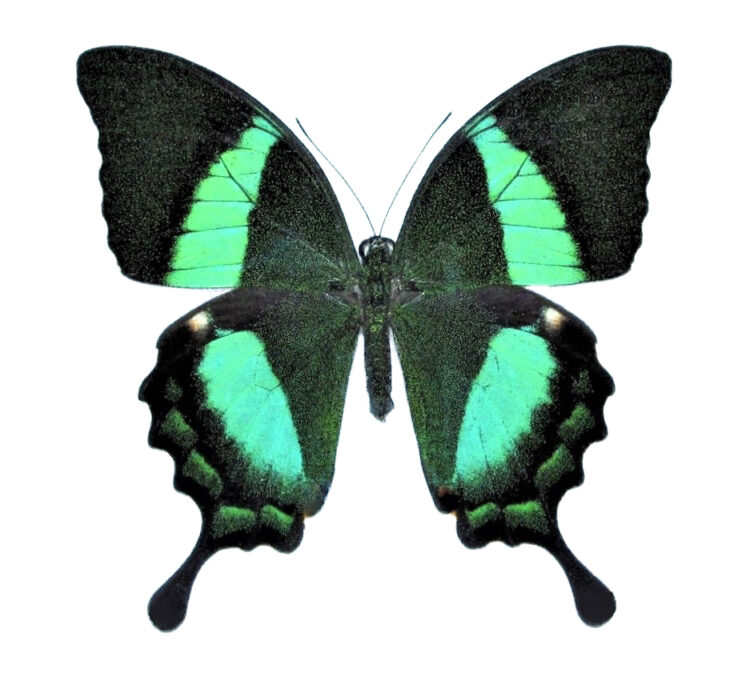 Also known as the emerald swallowtail, emerald peacock, or green-banded peacock, Papilio palinurus is found in Southwest Asia. They are common species kept in butterfly houses because of their relatively slow flight (great for photos!) and how easy they are to breed. One female can lay hundreds of eggs.

The iridescent green coloration is not produced by pigments, but is produced by the structure of the scales on the surface of the wing. They refract light and give us blue and yellow reflections, which is perceived by our eyes as being green.