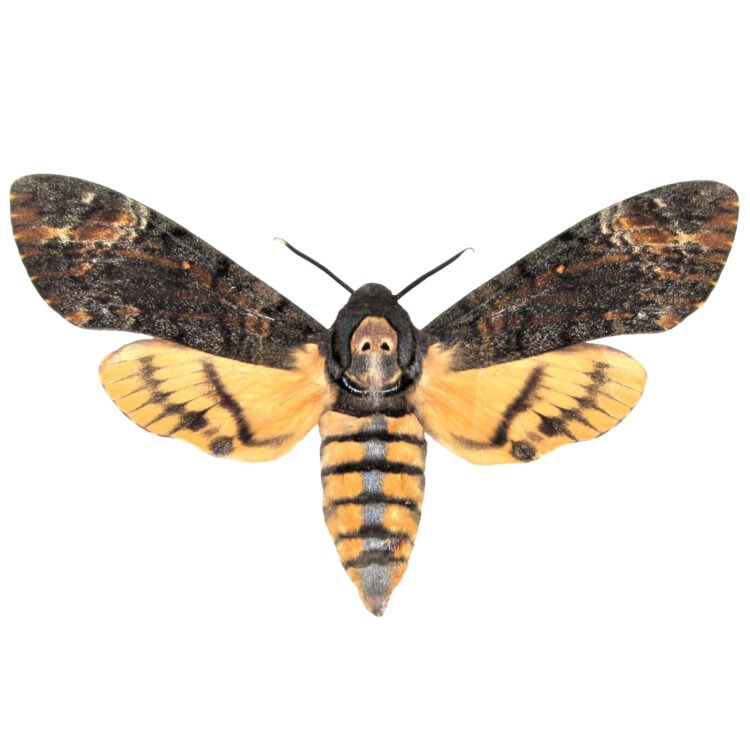 Also known as the death’s head moth, Acherontia styx has been made famous by the movies “The Silence of the Lambs” and “Dracula” and the novel “Death with Interruptions”. The distinct skull pattern on the back of the thorax is commonly associated with the supernatural.