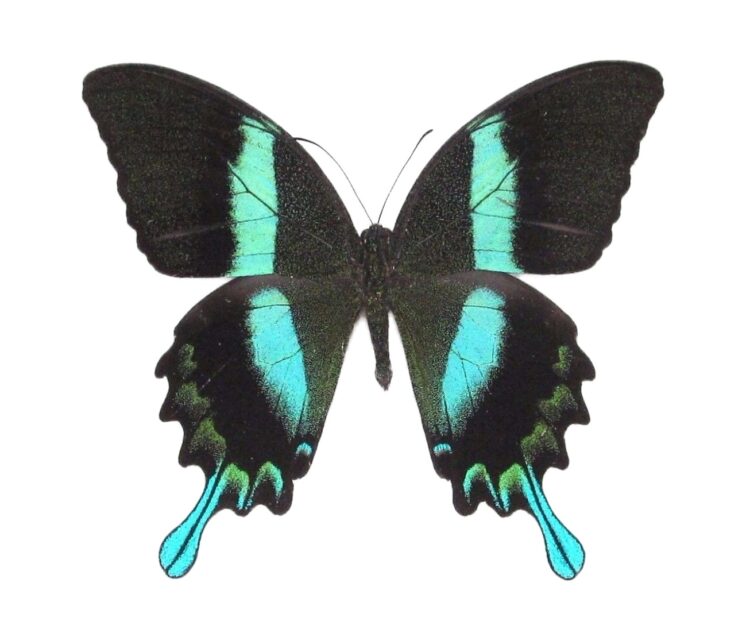 Also known as the peacock swallowtail, Papilio blumei is native to Indonesia. The iridescent green coloration is not produced by pigments, but is produced by the structure of the scales on the surface of the wing. They refract light and give us blue and yellow reflections, which is perceived by our eyes as being green.

Researchers have taken about 10 years to recreate the surface of a butterfly’s wing and have only come up with a simplified replica so far. They hope such technology will help make paper money and credit/debit cards more difficult to forge. Scientists are also using this technology to create solar panels that are more efficient.