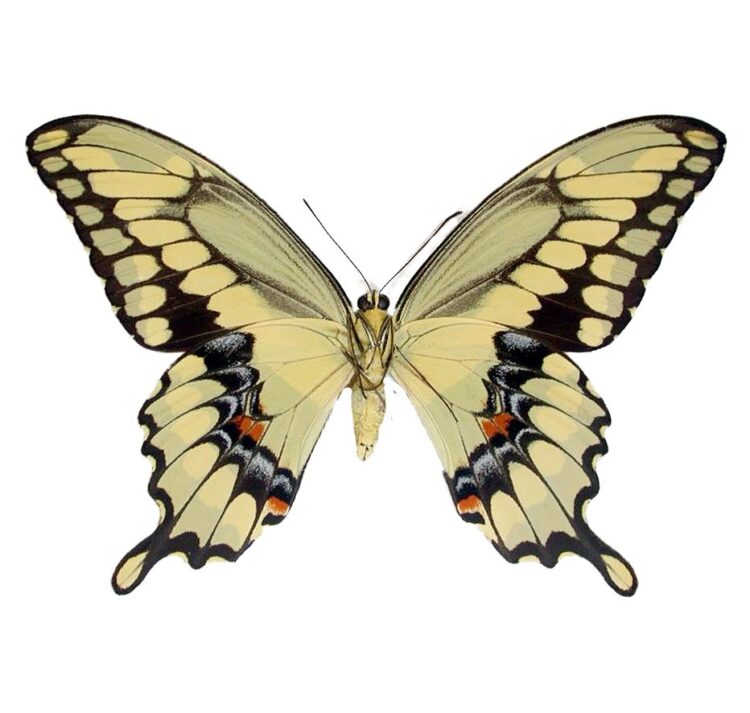 Also known as the giant swallowtail, Papilio cresphontes is the largest butterfly in the United States. It is common throughout many parts North America and ranges as far south as Colombia and Venezuela.

The caterpillars of this species can be a serious pest to citrus trees, which has earned them the nickname orange dog or orange puppy. The giant swallowtail caterpillars have developed extraordinary camouflage from predators by closely resembling bird droppings.