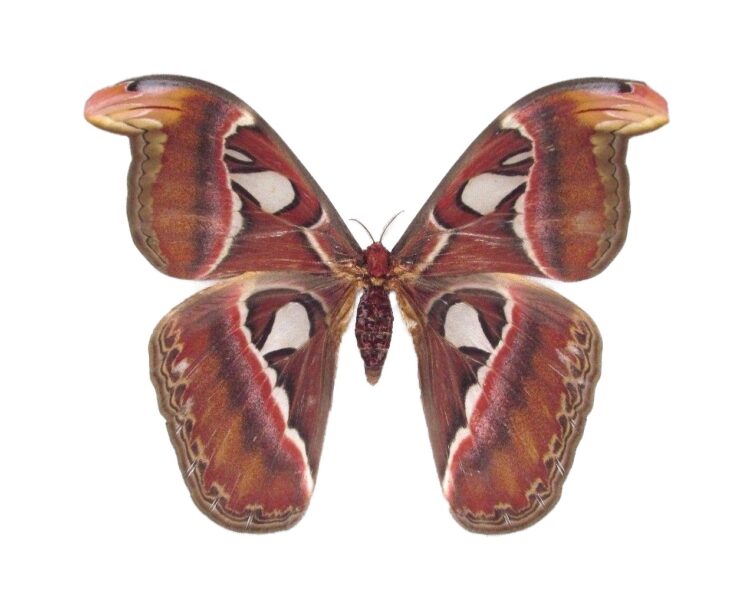 Also known as atlas moths, Attacus atlas are named after either Atlas, the Titan of Greek mythology or their map-like wing patterns. In Hong Kong, the Catonese name translates to “snake-head moth”, referring to the forewing tip, which resembles the head of a snake.