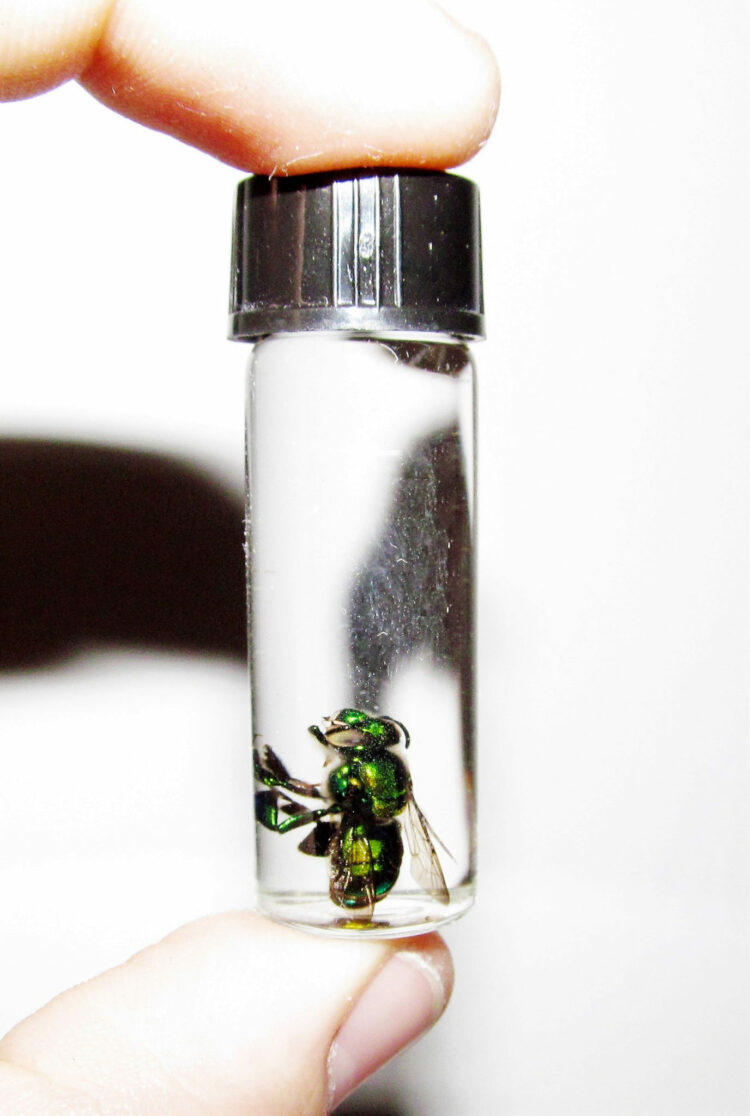 Vial is approximately 2in tall.

Euglossini are mostly solitary, but a few species are quite communal. Orchid bees are named for their extreme attraction to orchid flowers. Scientists have discovered they will also come to eucalyptus, lavender, cinnamon, and banana. They vary in color from bright green, gold, red, and blue. There are over 200 species that occur throughout Central and South America, but we do have one species that has been established in the United States. Eugriesea purpurata is impervious to many insecticides and scientists are studying the potential benefits for human use in agriculture.